The People Behind Usher Group

Home » The People Behind Usher Group 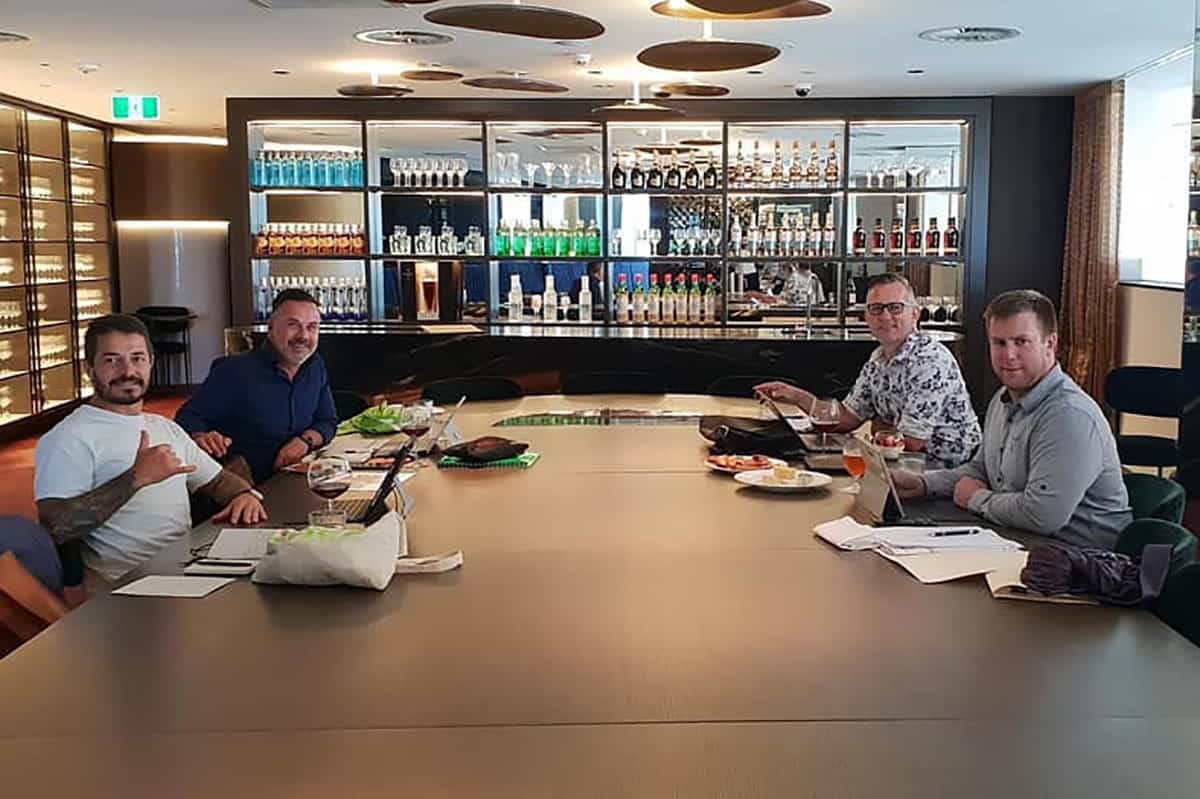 Ask Theodore Vairaktaris how he transformed Usher Group from a one-man operation into a construction and trades powerhouse and he will mention many factors.

However, one thing stands out among them all – “I accepted I could no longer do it all on my own.”

Since founding a small-scale painting business on the Gold Coast in 2001, Theodore has grown Usher Group into one of Australia’s largest commercial painting and associated services companies.

And he has done it by surrounding himself with quality people and none more so than his executive team.

With more than 500 employees across six divisions and 850-plus projects completed last year, Usher Group is a massive operation and its leadership group is an unrivalled mix of knowledge, innovation and passion.

There is General Manager Stuart Ryan, the multitasking king who has spent more than a decade developing and running the business.

From managing budgets and training heads of departments to developing strategic plans and creating policies, he’s without doubt a key reason Usher Group is the success it is today.

With 30 years’ experience across all facets of the coatings industry, he not only talks the talk but walks the walk by ensuring the team understands and speaks the right language to customers.

Having started his career at Usher Group as an apprentice painter, Shane Spano today finds himself driving the company’s goals and ambitions as National Operations Manager.

It has been an incredible journey but one deserving of a leader who not only helps get the most out of Usher Group’s tradespeople and processes but provides their customers with the best solutions.

That includes planning and execution of the Usher Group Business Plan, working with departmental heads to help achieve their goals and mentoring team members to harness their potential.

Since realising he could no longer do it all on his own, Theodore has assembled a crack leadership team that he is not only proud to call colleagues but friends.

More importantly, their collective efforts have driven Usher Group to establish itself as a leader along the eastern seaboard and they are now focused on seeing the company become Australia’s market leader by providing commercial painting and associated services across the country.