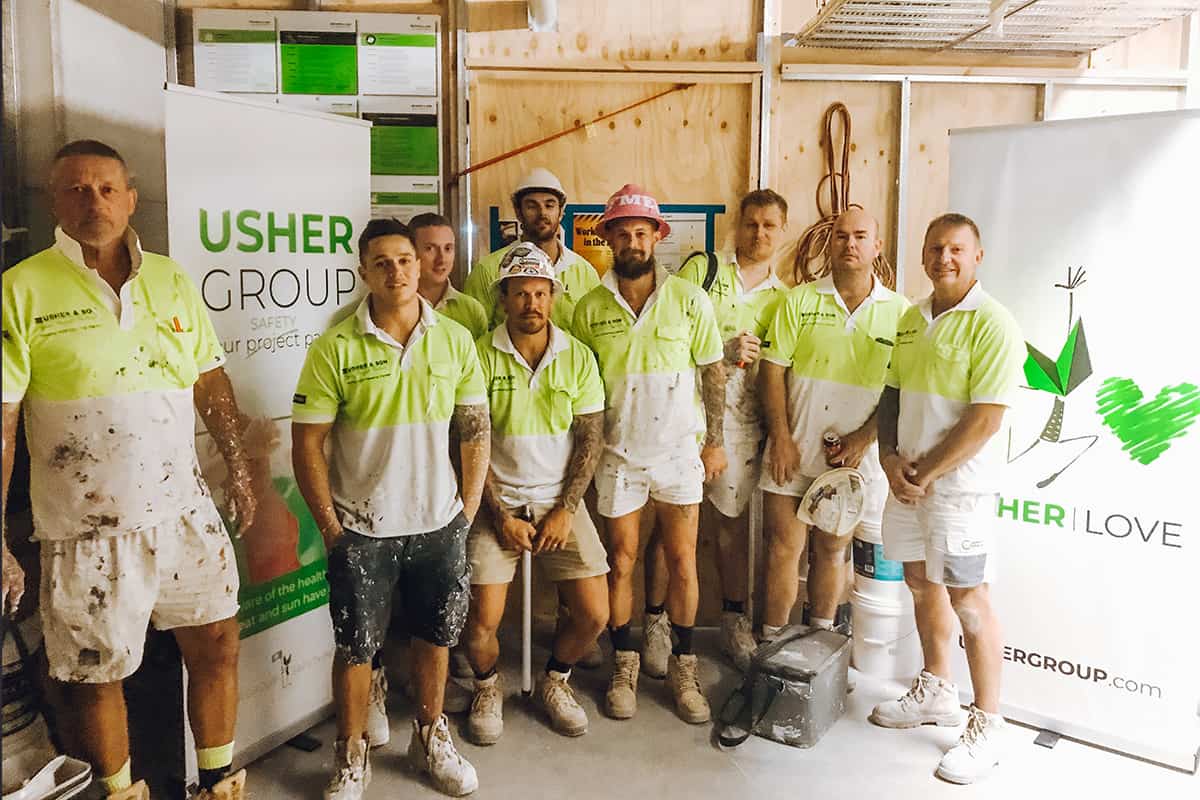 When it comes showcasing the size and scope of Usher Group – and just how far it has come – the numbers tell the story.

These days the company is a giant of the construction and trades industry. More than 500 staff across six divisions. Annual turnover of $80 million. More than 850 projects completed last year alone.

That was when a young fella by the name of Theodore Vairaktaris started United House of Kolor (UHK), a one-man painting business on the Gold Coast – just him, a few brushes and a big dream.

Those early days weren’t easy for Theodore, very much a small fish in a big pond, but within three years, through organic growth and acquisition, he was able to expand and evolve the operation into Usher & Son.

In 2005 the company’s reputation for innovation and hard work saw Hutchinson Builders award the team its first $1 million-plus project and since then the sky has been the only limit on Theodore’s ambitions.

He launched Usher Systems in 2008 to provide customers with a strategic process that ensures their projects are delivered on time and on budget.

Always ready to adapt to an ever-changing industry, the company bought its first swing stage in 2010 and soon boasted another new division – Usher Access Solutions.

With so many Usher Group projects including elements of signage and painting, it was a natural progression to launch a dedicated division in 2011 and Usher Corporate Design & Signage now has a full-scale design and manufacturing facility on the Gold Coast.

Other divisions include Usher Property Maintenance, Usher Commercial Coatings and Usher Traditional Rendering, not to mention Usher Love, the charitable foundation founded in 2012 and dedicated to giving back to the community.

Then there was the birth of Baxta, Usher Group’s own paint brand that was created to meet the industry’s need for a superior coating system and reinforces the company’s commitment to innovation and desire to stay ahead of the game.

In late 2018 came the latest evolution of Theodore’s dream when the company was rebranded as Usher Group to reflect what it has grown to be – a group.

With multiple divisions across various trades, Usher Group offers clients access to complementary or standalone services and, as in the company’s early days, one dedicated consultant will guide them through their entire project journey.

Back then that person was Theodore Vairaktaris.

These days he has more than 500 colleagues to help service Usher Group’s clients but one thing hasn’t changed – he’s still a dreamer with one eye on his next move.