How a New Warehouse Is Building Positive Culture – and Skateboarding Dreams 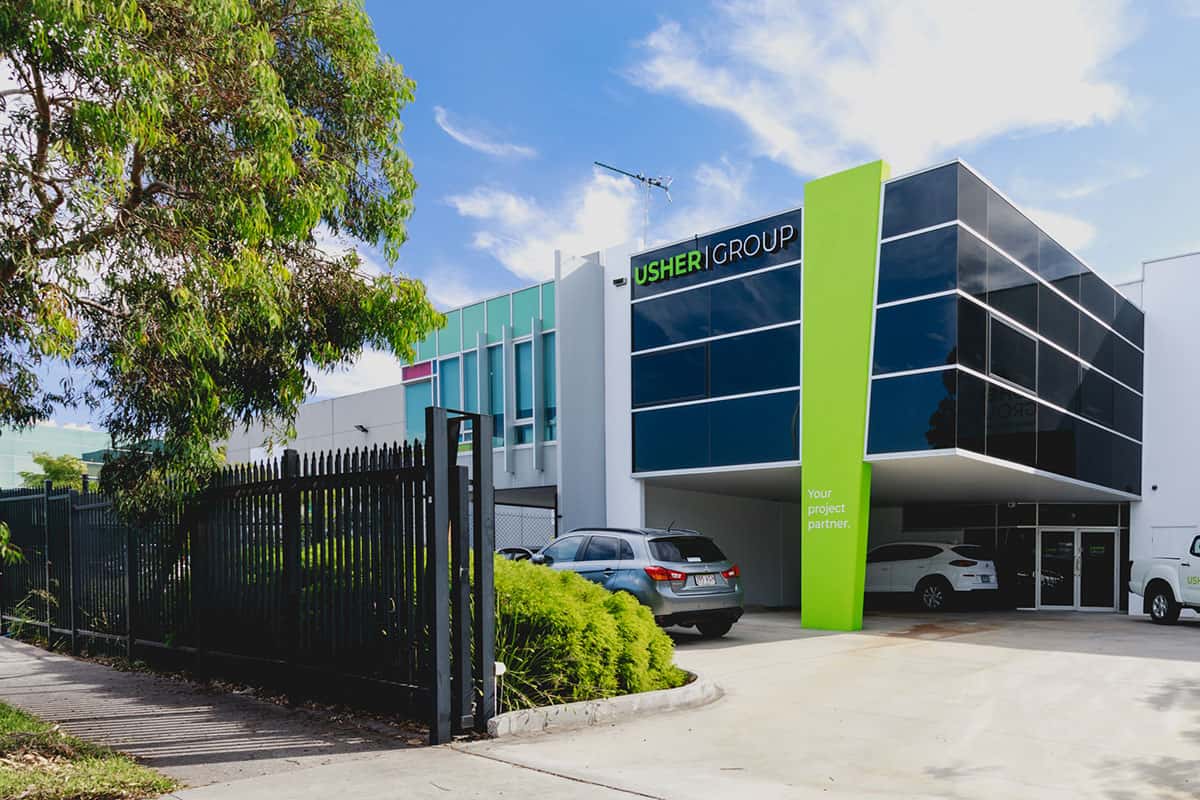 They say a company’s culture stems from the top down. That being the case, the Usher Group’s culture must be one of fun, thrills … and skateboarding.

“It’s certainly a talking point whenever anyone sees it in the warehouse,” founder and sole owner Theodore Vairaktaris said of the skateboard halfpipe he insisted be installed in the company’s new Melbourne base.

“While it’s made out of timber and not an overly expensive investment, it highlights we are a fun company that doesn’t take itself too seriously.

“If skating on a halfpipe during a break – or watching someone else do so – brings a smile to a team member’s face, I’m more than happy to build one.”

One of many avid skateboarders in the company, Theodore is equally stoked that his more than 50 Melbourne staff now have a permanent home to operate from.

Having had a presence in the Victorian market for several years, significant growth during the past six months has seen the company lease a 716sq m warehouse in Keilor, just minutes from Melbourne Airport.

“Having a base will undoubtedly help bring our people closer together,” Theodore said.

“I really care about our employees – we are one big family unit – and to know they finally have a home in Melbourne brings me plenty of joy.”

A powerhouse along the eastern seaboard, the Usher Group had an annual turnover of more than $80 million last year across almost 900 projects, many of them under the leadership of Victoria manager Matt Bunn.

“While we’ve had people on the ground in Victoria for several years, opening a full-blown office and warehouse is going to deliver huge benefits to both our customers and staff,” Matt said.

“As well loads of space for storage, we now have dedicated facilities for training and will be able to better manage our resources in terms of both staff and equipment.

“Usher Group also has an access division that we haven’t able to fully embrace in Victoria as we didn’t have space to store equipment. That is no longer the case and we look forward to stepping up that aspect of our business in coming months.”

But they won’t be forgetting to have a bit of fun along the way.

“Our people work incredibly hard but I also want them to enjoy coming to work,” Theodore said.

“It’s important to maintain some level of fun in any relationship you share and something as simple as hosting a staff lunch at the warehouse every Thursday reinforces that.”